In 2020, there were 1,125 suicide-related deaths in Missouri. Of the 1,125 deaths, 906 were male, and most of these deaths occurred in those between the ages of 20 and 29 years of age. Most suicide deaths were firearm-related; in Missouri, every 6 out of 10 deaths involved a firearm.

The Safer Homes Collaborative is one group in Missouri that seeks to educate Missourians on how they can help prevent a firearm-related death.

What is Safer Homes Coll 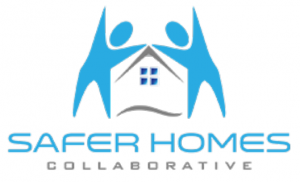 They are a joint effort between the gun-owning community and the suicide prevention community, and they aim to raise awareness on how suicide can be prevented through safe gun storage. Research has shown that putting time and distance between a person at risk for suicide and a firearm can save a life.

Kurt Dudenhoeffer, with Safer Homes Collaborative, will be at the Camdenton Library on Friday, September 23, at 5 pm to teach a course to participants on how to have a conversation about a person’s access to lethal means and how to work with them to reduce their access, when they are at risk of suicide.

By the end of the course, participants will be able to :

Other Avenues of Help

988 Suicide & Crisis Hotline – 988 has been designated as the new three-digit dialing code that will route callers to the National Suicide Prevention Lifeline. When people call, text, or chat at 988, they will connect to trained counselors that are part of the existing Lifeline network. The previous number (1-800-273-8255) will always remain available for people in emotional distress or suicidal crisis. 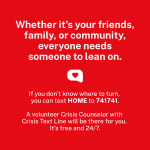 text message. When someone is in crisis, they can text HOME to 741741 to connect with a Crisis Counselor who will help them move from a hot moment to cool and calm.